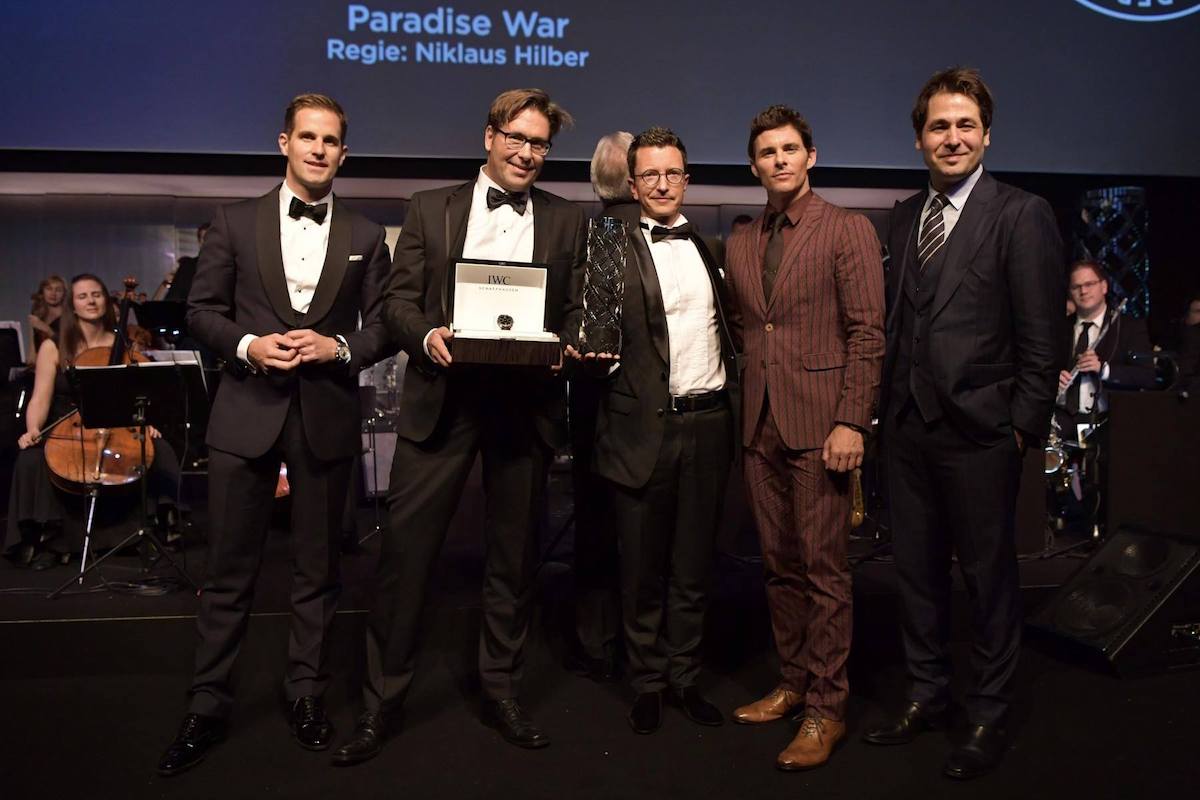 Niklaus Hilber’s feature film project PARADISE WAR was presented with the third Filmmaker Award at the IWC gala dinner entitled ‘For the Love of Cinema’ at the 13th Zurich Film Festival.

“It’s a real honur for me to be here to present this prize. The Filmmaker Award plays an important role in bringing creative projects by Swiss filmmakers to the big screen,” said actor James Marsden who presented the Filmmaker Award at the IWC gala dinner. “The projects submitted this year were of such high quality and so diverse that it was again difficult for us to choose a winner,” continued CEO of IWC, Christoph Grainger-Herr, at the award ceremony.

This feature film, produced by Valentin Greutert, tells the eventful story of Swiss-born Bruno Manser, who spent many years in Malaysia. Here, he joined the indigenous Penan people in their non-violent battle against deforestation of the rainforest, which is home to many endangered species, including the orang-utan. Manser disappeared without trace during his last visit to the rainforest, and has remained missing to this day. Shooting of PARADISE WAR is scheduled to begin in the next few weeks.

The other nominees for the award were Bettina Oberli’s LE VENT TOURNE, produced by Pauline Gygax and Max Karli, and Simon Jaquemet’s DER UNSCHULDIGE, produced by Aurelius Eisenreich and Tolga Dilsiz. The two winning projects from last year – FORTUNA by Germinal Roaux and DAS BLUE NOTE PROJEKT by Sophie Huber – have since been completed and will soon be released internationally.