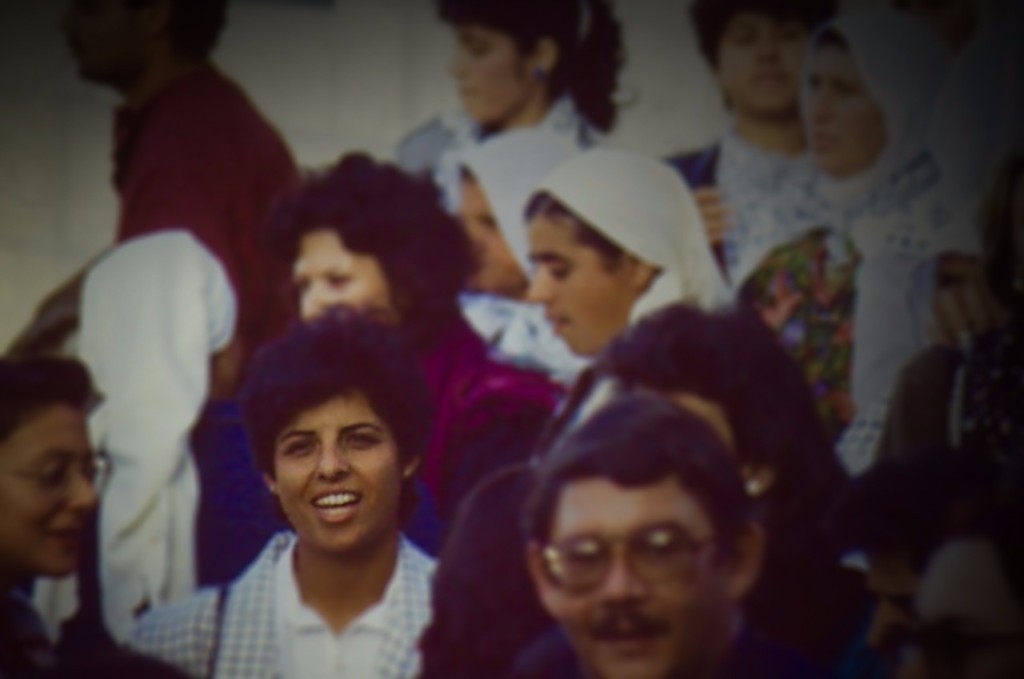 Naila And The Uprising

Directed by acclaimed filmmaker Julia Bacha (Budrus, My Neighbourhood), Naila And The Uprising tells the remarkable story of Naila Ayesh, who played a key role in the First Intifada, the most vibrant, nonviolent mobilization in Palestinian history.

Naila And The Uprising will World Premiere at the eighth annual DOC NYC festival on Sunday, November 12 at the SVA Theatre, 209 East 23rd Street.

When the uprising broke out in the late 1980s, Naila was living in Gaza. Faced with a choice between love, family and freedom, she embraced all three, joining a clandestine network of Palestinian women in a movement that forced the world and Israel to recognize the Palestinian right to self-determination for the first time. The film focuses on the power of women’s leadership in building a united front in the struggle for self-determination, equality and freedom in the Occupied Palestinian Territories. It inventively combines animation with archival footage to explore this hidden history.

Naila And The Uprising premieres in the month leading up to the 30th anniversary of the start of the First Intifada on December 9, 1987 and, following its DOC NYC screening, will launch internationally at IDFA in Amsterdam.

Julia Bacha said the film was a long-anticipated Just Vision production: “The First Intifada is an iconic moment in Palestinian history, when women took the helm of leadership positions at the grassroots and guided a civil resistance effort that was highly strategic, effective and creative and, in many ways, is an example of what civil resistance can achieve in the face of overwhelming repression. It’s a story that the media at the time missed—a trend that continues today as communities organize across the region for equality, freedom and justice—and we’re thrilled to finally bring it to light.”

As part of a newly announced deal with Fork Films and THIRTEEN/WNET, Naila And The Uprising will be included in the four-part Women, War & Peace II series, which is slated to have its exclusive US broadcast premiere on PBS in 2018, as well as broad international distribution. This is the second installment of the Women War & Peace series, which highlights how women in contemporary conflict zones risk their lives and lift their communities in pursuit of freedom and justice. The first installment of the series in 2011—which included groundbreaking films like Pray the Devil Back to Hell—exceeded the expectations of PBS and the series producers.

Naila and the Uprising