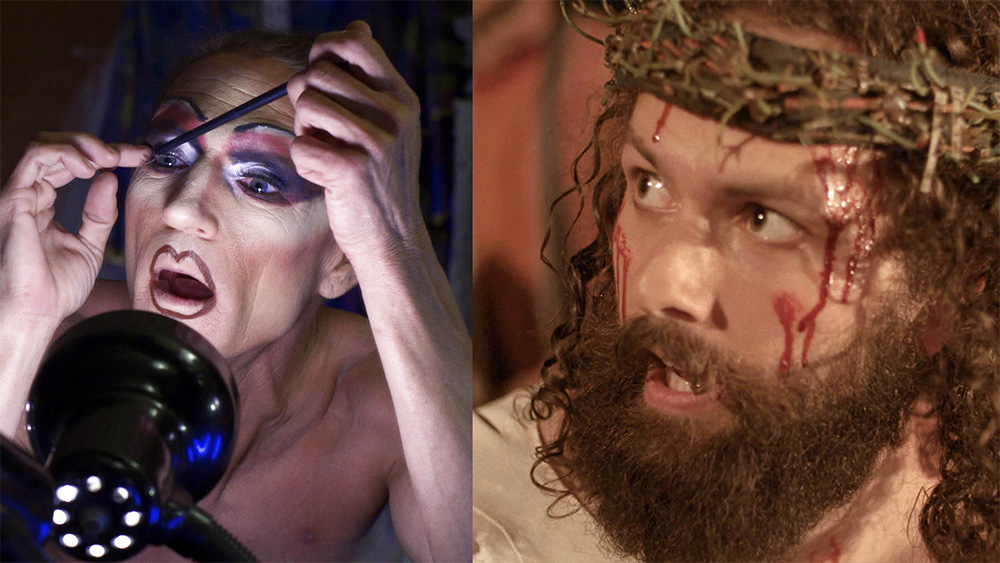 Rooftop Films awarded fifteen cash and service grants to alumni filmmakers, including The Rooftop Filmmakers’ Fund Garbó NYC Feature Film Grants, which were awarded to directors Eliza Hittman for her new film, A, and Penny Lane for her upcoming Untitled Religious Activism Documentary.

The Rooftop Films Brigade Festival Publicity Grant will be awarded to Michael Palmieri and Donal Mosher for their Untitled Devil Project. Other grantees include awards supporting the feature film debuts of Michael Tyburski and Elizabeth Lo, and the upcoming films by Theo Anthony and Joanna Arnow, whose Bad at Dancing was also supported by the Filmmakers Fund and won a Silver Bear at the 2015 Berlinale.

“We’ve had the privilege of supporting a wide range of truly wonderful films over the years,” said Rooftop’s Artistic Director Dan Nuxoll, “but we are particularly happy with the spectacular variety of filmmaking talent in this year’s grantees. Twelve of our fifteen grantees are women and/or people of color, and the films they are working on cover the gamut of human (and animal) experience, from drag queens entertaining the bible belt, to stray dogs wandering the Turkish countryside, and vampires stalking their ex-husbands. It’s an exciting and talented group of artists, and each of their films will be unlike anything you have seen before.”

Eliza Hittman is known for her depictions of class, sexuality, and adolescence, as well as her collaborations with non-actors. Her previous films include 2013’s It Felt Like Love, and 2017’s Beach Rats, for which she received a Directing Award at the 2017 edition of the Sundance Film Festival. Hittman’s latest project will take her to Western Pennsylvania to tell the story of a teenager struggling to find access to abortion care.

Filmmaker Penny Lane’s documentary work mines absurd, stranger-than-fiction stories for nuanced analyses of history and accepted truths. This is clear in her past works Our Nixon and Nuts! and continues in her latest, most ambitious and surprising project yet, which will investigate one of the most controversial and entertaining religious movements in modern American history.

Eliza Hittman, A
When faced with an unwanted pregnancy, Autumn, a vulnerable teenager in rural Pennsylvania hops a greyhound bus to NYC on a transformative journey to reclaim her stolen youth.

Penny Lane, Untitled Religious Activism Documentary
A wildly entertaining and surprising look at the intersection of faith and activism, that follows one of the most controversial religious movements in modern American history.

Michael Palmieri and Donal Mosher, Untitled Devil Project
A seriocomic look at evangelical and LGBT Christians in the American South that examines the complexities of faith through staged performance.

Theo Anthony, All Light, Everywhere
A feature documentary exploring past, present, and future relationships between technology, vision, and power. From arcane theories of sight to the emergence of virtual reality and police body camera programs, the film takes a kaleidoscopic investigation into how the reality of what we see is constructed through the tools that we use to see.

Michael Tyburski, Palimpsest
Peter, a self-taught scientist in New York City, has a unique, highly specialized profession of his own invention called house tuning. Working as a therapist, of sorts, he calibrates the sounds in peoples’ homes in order to adjust their moods. After years of collecting data, Peter believes he’s discovered naturally occurring harmonies around the city that are influencing the way people behave. Presented through a layered narrative, Palimpsest is a dramatic feature film that examines the subtle forces at play in our urban lives.

Elizabeth Lo, Stray
Stray enters the lives of stray dogs in Turkey as the nation faces a profound state of flux. Ancient Greek philosophers thought stray dogs – marginalized and dispossessed – were the most honest observers of humanity. Stray brings this idea into the contemporary world.

Joanna Arnow, Fucking Imaginary Friends
Joanna is a filmmaker obsessed with her unavailable nudist collaborator, Max. Her growing feelings soon take the form of two imaginary Max doubles who become her partners on an absurd and sexually twisted adventure.

Nikyatu Jusu, Suicide by Sunlight
Valentina, a day-walking Black vampire protected from the sun by her melanin, finds it difficult to suppress her bloodlust when a new woman is introduced to her estranged twin daughters.

Kelly Adams, Atlantic Sunrise
A community’s struggle against the dark side of natural gas.

Nathan Miller, Refuge
At a schoolhouse-turned-sanctuary in upstate New York, the tired, poor, and huddled masses wait for their moment to settle in Canada. They wait for asylum that the U.S. cannot provide. This is a story of waiting – the emotional processing by those who have fled the horrors of their home country.

Sarah Beeby, Bloom
Leonora is a curious human on a mission to understand sexual desire. With the help of friends, lovers, and random acquaintances, Leonora learns what some of the most important questions are, and who should be asking.

Marc Johnson, Ultraviolet
A woman named Kanchana and several scorpions explore collaborative survival approaches in a posthuman future in which all living being are considered equal. Ultraviolet invites us to an encounter with other forms of life and experiences involving themes of inter-species sociability, the Anthropocene, the Capitalocene and speculative Fabulations. Inspired by a Chinese poem of the 3rd century BC – written by Zhuangzi – “The Butterfly’s Dream”, Ultraviolet conveys an allegorical narrative in which the parable and the fable unfold in a futuristic and enchanted world.

Adele Han Li, Black Hair
Human hair is sourced from poor women throughout Asia and purchased mostly by black women in the US and Africa in a billion-dollar global industry. This business of hair underscores the ways in which our history from colonization to globalization creates an intimate yet anonymous link between women oceans apart.

Ryan Gillis and Miguel Jiron, Fowl
When the bars close in the Louisiana bayou, a girl stumbles home to find her kitchen overrun by a coven of satanic chickens. Obsessed with becoming human, the coven tries to force the girl into an unholy body-swapping ritual. She doesn’t respond well to being told what to do.

Tess Martin, Orbit
Orbit is a 5 minute short film about the relationship between humanity and the sun. Phonotropes (rotating discs which are filmed to bring the animation to life) reveal intimate scenes of our star’s effect on our lives. They let us ponder the life-giving energy that flows through our planet, and make us realize that we are but a blip in the grand scheme of time.