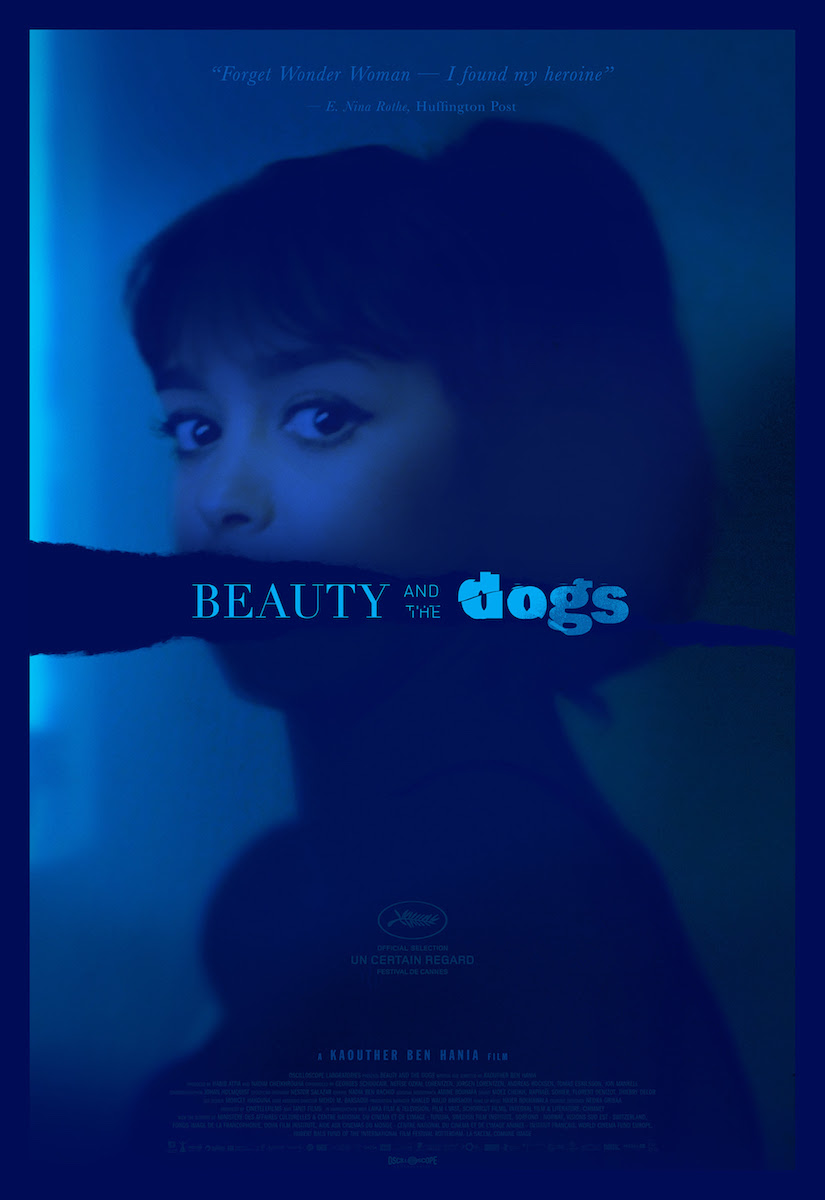 Oscilloscope Laboratories has dropped the trailer and poster for BEAUTY AND THE DOGS from Tunisian director and screenwriter, Kaouther Ben Hania. The film which world premiered at the 2017 Cannes Film Festival will open theatrically on March 23rd, in NYC at Landmark 57 West; in LA at the Nuart.

When Mariam, a young Tunisian woman, is raped by police officers after leaving a party, she is propelled into a harrowing night in which she must fight for her rights even though justice lies on the side of her tormentors. Employing impressive cinematic techniques and anchored by a tour-de-force performance from newcomer Mariam Al Ferjani, Kaouther Ben Hania’s BEAUTY AND THE DOGS tells an urgent, unapologetic, and important story head-on. A rare, startling film from a female Tunisian director, it’s a striking critique on a repressive society and a forcefully feminist rallying cry.

Director and screenwriter Kaouther Ben Hania was born in Sidi Bouzid (Tunisia). Following film studies at the Ecole des Arts et du Cinéma in Tunis, she studied scriptwriting at La Fémis in Paris. She has a Research Masters in Film and Audiovisual Studies from the Sorbonne Nouvelle-Paris 3.

Beauty and the Dogs