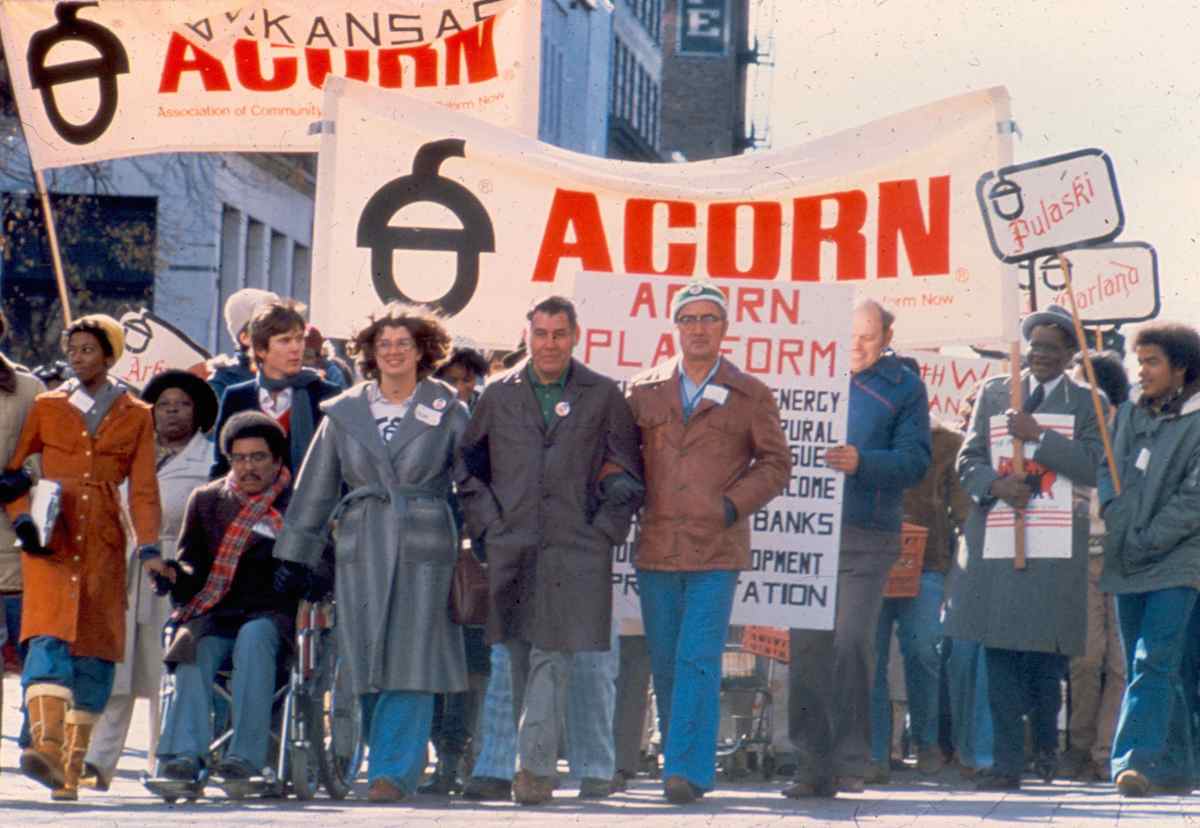 For 40 years, the controversial community organizing group ACORN sought to empower marginalized communities. Its critics, though, believed ACORN exemplified everything wrong with liberal ideals, promoting government waste and ineffective activism. These competing perceptions exploded on the national stage in 2009, just as Barack Obama became president. Fueled by a YouTube video made by undercover journalists, ACORN’s very existence would be challenged. Produced and directed by Reuben Atlas and Sam Pollard, ACORN and the Firestorm goes beyond the 24-hour news cycle and cuts to the heart of the great political divide. The film premieres on Independent Lens Monday, May 21, 2018, 10:00-11:30 PM (check local listings) on PBS. Online streaming beings May 22.

In 2008, with a 400,000 strong, grassroots membership in 38 states, ACORN stood at the height of its power, having won a lobbying campaign that led to an increase in the national minimum wage, saved thousands of people from foreclosure, and fought against predatory lending. ACORN also operated on a local level, helping clean up parks, put stoplights at dangerous intersections, and working to improve neighborhood schools.

Leading up to the 2008 election, ACORN helped to register 1.3 million voters, mostly low-income minorities in swing states. When some of those registration cards appeared fraudulent, conservative activists and politicians singled out ACORN as a conspiratorial criminal organization and strategists and pundits joined the chorus. Bertha Lewis, who became CEO just before Obama’s election, was confident that they could weather the attacks, and with an ally in the White House, she believed that actual systemic change might be possible. But nothing could have prepared her for what was to come.

When twenty-year-old journalism student Hannah Giles heard about ACORN in the news, she and James O’Keefe, a conservative political activist, orchestrated an investigation into the organization. Using a hidden camera and a fake prostitute, they created a series of YouTube videos which suggested that ACORN staffers were encouraging criminal activity. The videos and Giles became a media sensation.

ACORN and the Firestorm unfolds through the stories of Giles and Lewis, two women on opposite sides of the political spectrum, as well as through the eyes of ACORN staff, including founder Wade Rathke, members Travis Munnerlyn and Maude Hurd, and ACORN’s opposition, including Republican Congressman Steve King.

“Our constant thirst for new news in the age of the 24-hour news cycle leaves no time for the nuanced stories behind the headlines. Reuben and Sam lay out how one video smear campaign can lead to death by media,” said Lois Vossen, Independent Lens executive producer. “This film sheds relevant light on how we got to this age of alternative facts and fake news.”

Reuben Atlas (Producer/Director) is an award-winning New York based producer, director, and former lawyer. His first film, the feature music documentary, Brothers Hypnotic, premiered at the SXSW Film Festival. A co-production with ITVS and NTR, the film broadcast internationally, premiered on Independent Lens on PBS, and is distributed by Factory 25. He recently co-directed with Jerry Rothwell the Netflix and Arte-funded wine fraud documentary, Sour Grapes, which premiered at Hotdocs and is distributed by Dogwoof and Gravitas. Previously, he worked at a maximum-security prison, a music law firm, and at Legal Aid.

Sam Pollard (Producer/Director) has made over 50 films, including the Academy Award®-nominated documentary Four Little Girls, with Spike Lee, as well as HBO’s When the Levees Broke. He recently edited Alex Gibney’s Sinatra: All or Nothing for HBO and directed Slavery by Another Name for PBS. His 40 years of filmmaking credits as a producer, director, and editor also include the seminal civil rights series Eyes on the Prize.

ACORN and the Firestorm