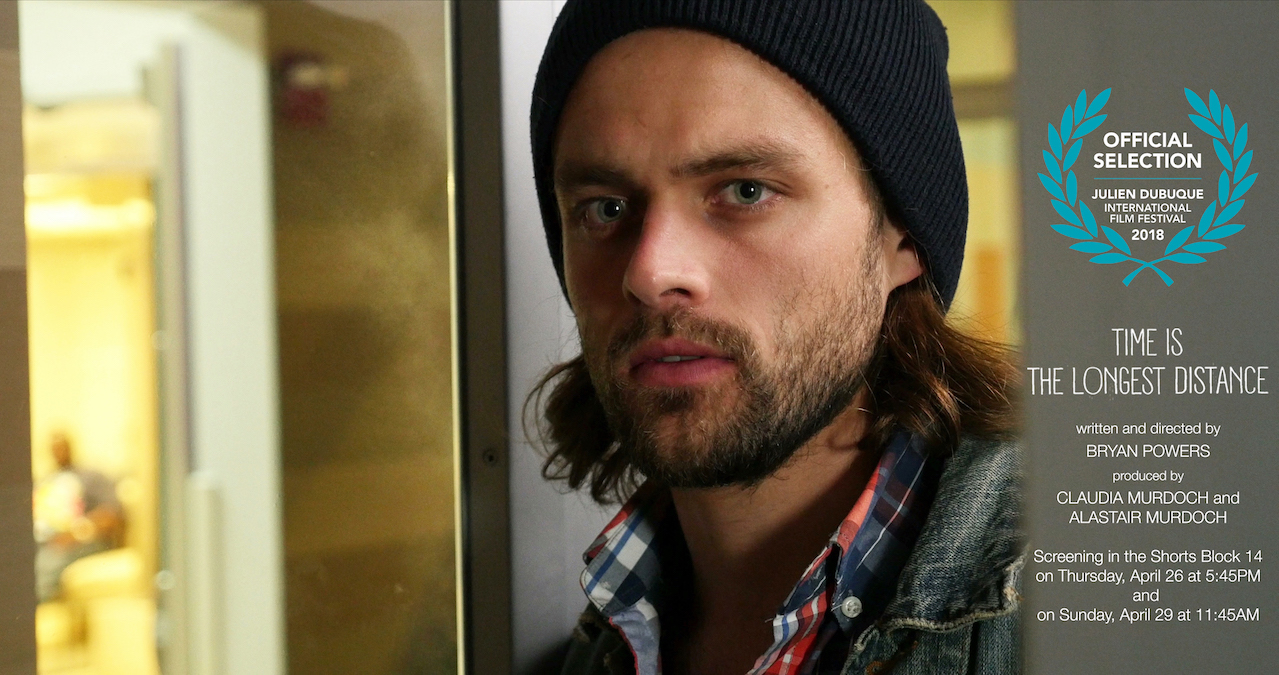 BAFTA-scholarship winner Bryan Powers’s film, Time is the Longest Distance, featuring actor Andreas Damm (Off the Rails, Oscar Pistorius), is an Official Selection of the Julien Dubuque International Film Festival 2018, and will celebrate its Iowa premiere this week.

A bittersweet tale of an estranged son’s journey to reconnect with his Alzheimer’s­ stricken father, and an unexpected meeting with a teenaged boy along the way, Time is the Longest Distance conveys the importance of family love and acceptance through the story of three generations of men: thirty-something Adam, his aging father Jack, who is suffering from Alzheimer’s disease, and Xander, a teenaged boy who serendipitously crosses their path. Adam arrives at his father’s nursing home to share news of a major change in his life, hoping to bridge the distance that has opened up between them before Jack’s Alzheimer’s becomes too advanced. While things do not go as planned, Jack’s chance encounter with Xander provides Adam with an unexpected way to find the acceptance he seeks.

Time is the Longest Distance  was written and directed by New York City-based Bryan Powers and is a co-production between Powers Productions and Cup of Joe Film, Inc.

Time is the Longest Distance Iowa Premiere will be at the Julien Dubuque International Film Festival, scheduled for Thursday, April 26 at 5:45 PM at Five Flags’s Bijou, with an encore screening on Sunday, April 29 at 11:45 AM at Mississippi River Museum’s Journey Theater.