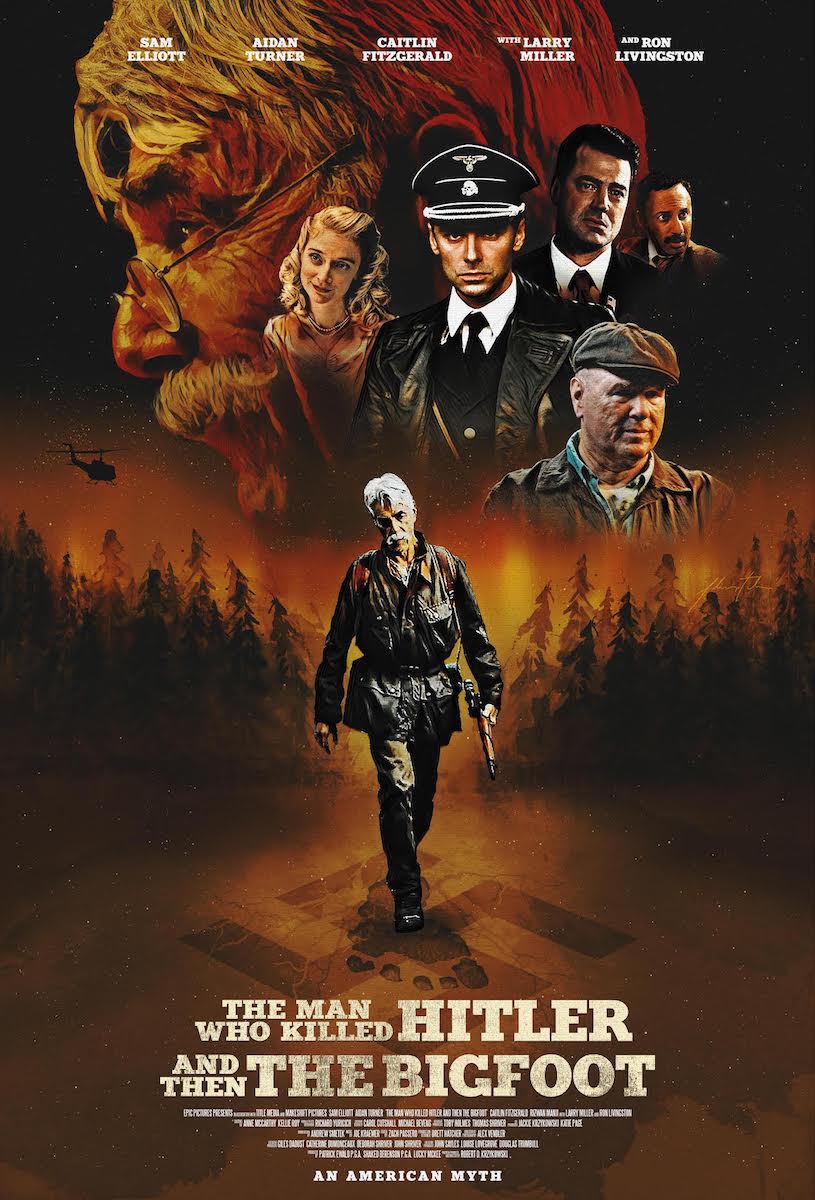 Robert D. Krzykowski’s The Man Who Killed Hitler and Then the Bigfoot will World Premiere on July 20th, 2018 at the 22nd edition of Montreal’s Fantasia International Film Festival.

Screen legend Sam Elliott (TOMBSTONE, ROAD HOUSE) stars as Calvin Barr, a legendary World War II veteran who many years ago assassinated Adolf Hitler – an incredible secret that he’s frustratingly unable to share with the world. One day, just as he’s coming to terms with rounding out his life, Calvin gets a visit from the FBI and Royal Canadian Mounted Police. They need him to take out Bigfoot.

A fantastical discourse on the melancholia of old age and a singular blast of entertaining wit, The Man Who Killed Hitler and Then the Bigfoot also stars Aidan Turner, Caitlin FitzGerald, Ron Livingston, and Larry Miller.

The Man Who Killed Hitler and Then the Bigfoot