SYNOPSIS: A hapless production assistant turned unexpected writer for his uncle’s Palestinian soap opera (the titular Tel Aviv on Fire, set during the Six Day War), Salam finds himself in an awkward situation when a border guard at a checkpoint he crosses daily learns of his profession and begins to not-so-subtley demand some pro-Israeli storyline changes be implemented to improve the show. With Salam caught in the middle between the show’s Palestinian financiers and his unwanted new writing partner, what could possibly go wrong? 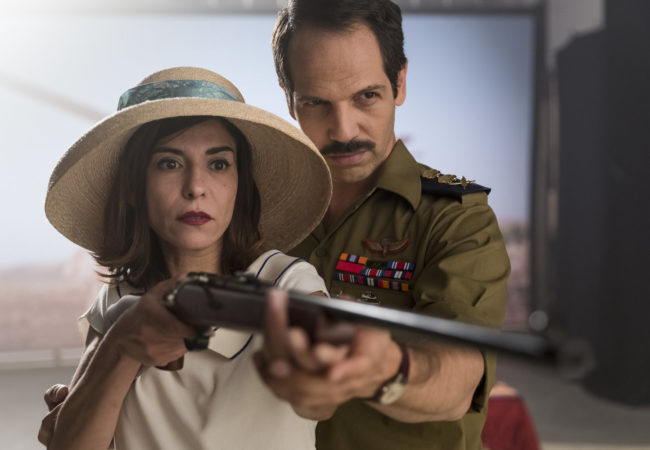 Tel Aviv on Fire, a refreshing comedy about the Israeli Palestinian reality, from New York based Israeli Director Sameh Zoabi, will open in theaters on August 2nd.

The Jury of the 2018 Venice Film Festival chaired by Guillermo del Toro awarded the top prize, Golden Lion for Best Film to ROMA by Alfonso Cuarón. The Favourite by Yorgos Lanthimos was awarded the Silver Lion – Grand Jury Prize, along with the award for Best Actress to Olivia Colman.