The first film on the Tribeca Film Festival schedule today is the documentary ‘The Loving Story.’ Nancy Buirski’s moving, evocative documentary recounts the unknown love story of Mildred and Richard Loving, the couple behind the 1967 Supreme Court ruling overturning anti-miscegenation laws in the United States. Drawing from a wealth of stunning archival footage, The Loving Story recreates a seminal moment in history in uncommon style, anchoring a timely message of marriage equality in a personal, human love story.

VIMOOZ: What brought you to make a documentary on this subject?
NB: I discovered the story and found it compelling– I found Mildred and Rich to be unusual protagonists, a very humble couple, not trying to change history, but just trying to live their lives in Virginia. But because it is a civil and human rights story, I thought it should be told.

VIMOOZ: When and how did you first come in contact with some of the subjects of the documentary, or the people who knew the subjects?
NB: I met the woman who wrote the book, and the attorneys involved in the case. The attorneys were helpful, I did research with them and others, and came across some footage that had never before been seen, and became the backbone of the film, and later came across amazing photos. There were a lot of authentic materials at hand.

VIMOOZ:  How long did the film take to make?
NB: 3 years

VIMOOZ:  What was the production like, as your first directing experience?
NB: I felt exhilarated and blessed because we came across that amazing footage–it was like the stars were aligned, and the film was meant to be. Elizabeth Havilland James respected the vision of the film, and I worked closely with her. She worked on the film for two years as producer and editor.

VIMOOZ:  Has anyone featured in the film seen it yet? What was their reaction?
NB: One of their children is alive, their daughter Peggy, and she’s attending the World Premiere at Full Frame– a doc fest in North Carolina– on April 15th. One attorney, and the woman who shot the footage we used, will also be at that premiere.  And another attorney will come to Tribeca. They’ve all seen rough cuts of the film.

VIMOOZ:  Has it been hard thus far getting the film distributed?
NB: Once HBO, the co-producers, came on board, that was a huge support and helped a lot. We’re now talking to DVD distributors and theater distributors. It’s made us feel wonderful and is very gratifying. The IFP (Independent Filmmaker Project), which gives opportunity to independent films, also helped us, and that was a big boom for the film.

VIMOOZ:  Is this your first time at Tribeca?
NB: Yes, as a filmmaker. But I was here before on the jury; they asked me to be a jury member after I founded Full Frame.

VIMOOZ:  How do you feel having your film at Tribeca?
NB: I’m thrilled. It’s wonderful to be here as a filmmaker.

VIMOOZ:  Has the film been shown at other festivals/ will it?
NB: Not besides Full Frame. We’ve been talking about it, but haven’t made any decisions yet.

VIMOOZ:  Are you working on a new project?
NB: I’m producing a film, and directing The Mystery of the Moulin Rouge– about the first integrated casino in Las Vegas. 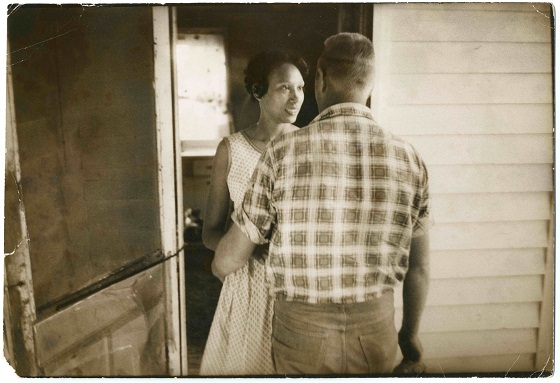