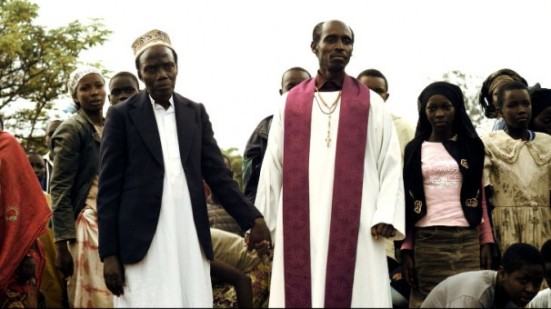 During the Rwandan genocide, when neighbors killed neighbors and friends betrayed friends, some crossed lines of hatred to protect each other.

At the time of the 1994 Rwandan genocide, the Mufti of Rwanda, the most respected Muslim leader in the country, issued a fatwa forbidding Muslims from participating in the killing of the Tutsi. As the country became a slaughterhouse, mosques became places of refuge where Muslims and Christians, Hutus and Tutsis came together to protect each other. Kinyarwanda is based on true accounts from survivors who took refuge at the Grand Mosque of Kigali and the madrassa of Nyanza. It recounts how the Imams opened the doors of the mosques to give refuge to the Tutsi and those Hutu who refused to participate in the killing.

Directed by Alrick Brown, Kinyarwanda interweaves six different tales that together form one grand narrative that provides the most complex and real depiction yet presented of human resilience and life during the genocide. With an amalgamation of characters, we pay homage to many, using the voices of a few.

Five Documentaries to Compete for Producers Guild of America Award