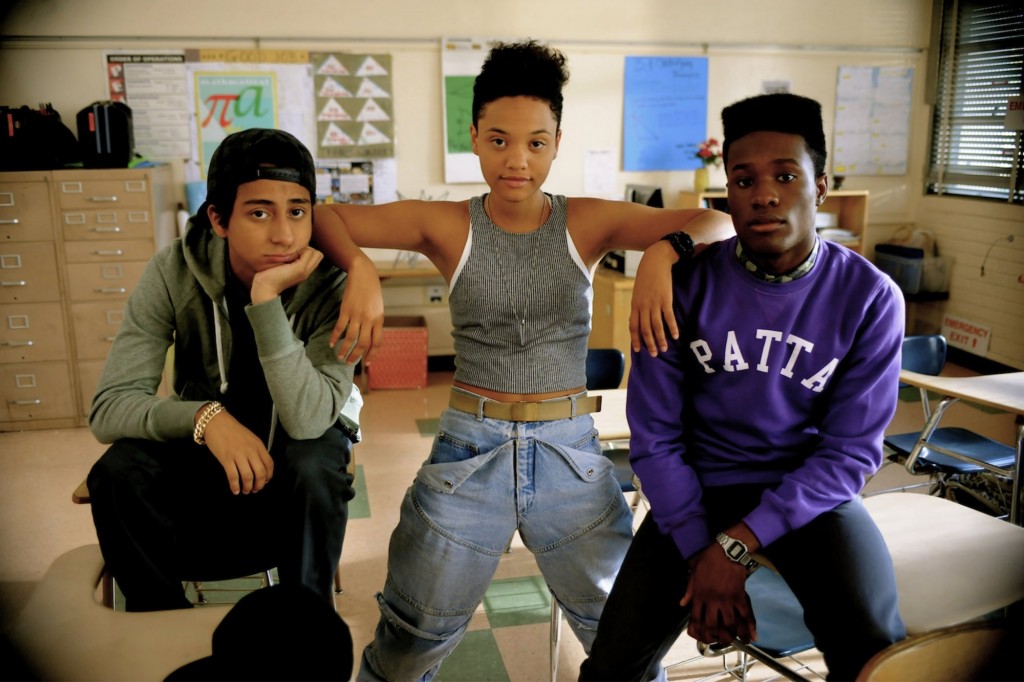 Check out the new official teaser trailer for DOPE, the hit movie out of the 2015 Sundance Film Festival, which opens in theaters on June 19, 2015.  With a #dope soundtrack featuring four new original songs by Pharrell Williams,DOPE  tells the story of Malcolm (Shameik Moore) who is carefully surviving life in a tough neighborhood in Los Angeles.  A chance invitation to an underground party leads him into an adventure that could allow him to go from being a geek, to being dope, to ultimately being himself.