KING ME Documentary to Screen at 2012 Cleveland International Film Festival 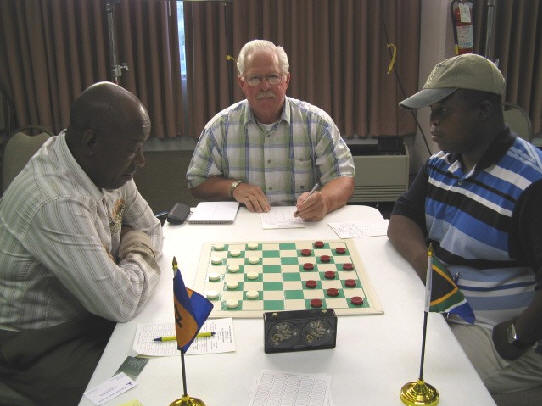 Think Media Studios said today that their 2011 documentary, KING ME, will screen at this year’s Cleveland International Film Festival. The documentary follows the story of one man’s struggle to elevate himself from his humble roots through a very unlikely game, world championship checkers.

Played by millions across the globe, most see checkers as simply a casual game.  However, there is a competitive world of world-class checkers that features colorful characters, intense competition, and celebrated checkers champions.  KING ME is the true story of a rare talent rising from obscurity and a gritty examination of South African post-apartheid race relations not seen before. The movie’s protagonist, Lubabalo Kondlo, is a South African township resident who faces many obstacles in his quest to become a World Champion. KING ME’s sometimes heart wrenching story is framed within the confines of the competitive checker scene and its slightly off center denizens deliver unforgettable and often hilarious moments.

King Me will have multiple showings during the festival that runs from March 22nd to April 1st.  The 36th annual Cleveland International Film Festival features more than 100 feature films as well as more than 100 short subject films, from more than 50 countries. Last year’s festival took in nearly 80,000 movie enthusiasts

“We’re excited to be a part of the Cleveland International Film Festival,” said Think Producer and KING ME’s Director, Geoff Yaw.  “King Me’s story takes place all over the globe from Africa to the Caribbean, and then ends up right here in Northeast Ohio. It was important to us to show the movie right here at home in Cleveland.”