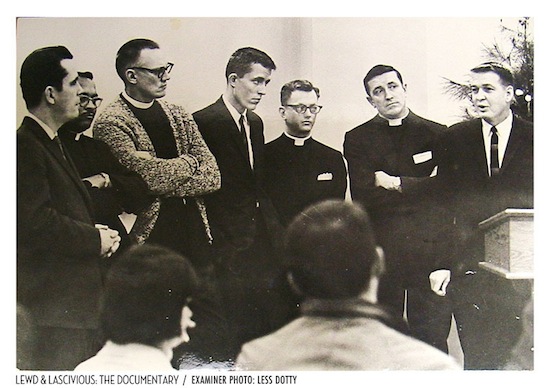 According to the filmmakers, long before the rainbow flag, gay pride parades and even before “Stonewall” there was an incident in 1965 San Francisco that very few people know about. This critical event spotlighted in the film was actually what helped turned the tide on police brutality and gay bashing in the City By The Bay.

The filmmakers are seeking major distribution of the documentary so they can bring this timely piece about the LGBT struggle for equality, to the broadest audience possible. “Hopefully soon, we will be picked up by one of the giants like HBO, LOGOS, or BRAVO,” added Director Dr. Rix.

But first, the filmmakers are running a Kickstarter campaign to complete the production of the film. “Our friends and families have supported us in substantial ways up to this point,” said Director Rix. “We are confident with the exposure of Kickstarter and the ability it gives us to reach multitudes of people who understand how important our history is and what part this story played in the freedoms we enjoy today, we will raise the remainder of the funds we need by our deadline on July 23rd.”

Lewd & Lascivious plan is to be in as many festivals as possible and to share the story with as many people as possible.