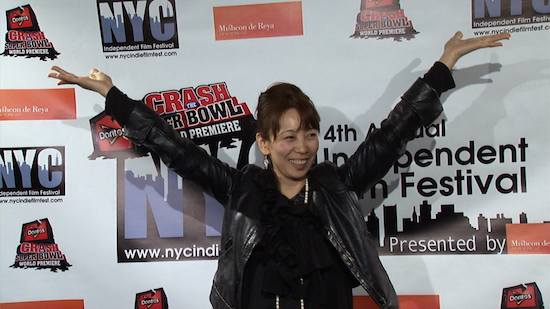 From October 15th to 19th, this year’s festival is the place to be. During the event, filmmakers have the opportunity to meet several movie professionals and exchange experiences. In addition to screening the best indie films, the festival hosts parties, ceremonies and panel discussions with filmmakers, actors, directors, producers, musicians and crew members. The most important ceremony is the Best of Festival Awards that recognizes the best in 9 categories: director, actress, actor, script, narrative feature, music video, short film, documentary and super short film. A board of movie professionals selects the winners. Also a Mark of Distinction Award is offered to the audience’s choice. We also have the first of the prizes we will be offering this year at the festival.

In the Super Short Film category the festival is offering three prizes:

Filmmakers may submit to the New York City Independent Film Festival using the festival’s website (http://www.nycindieff.com) the deadline for filmmakers to send their films is May 31, 2014.

This year, plans are to show well over 100 films. The 5th New York City Independent Film Festival will continue to uphold the tradition of promoting new and emerging voices in film, spoken word, music, and art. Dennis Cieri, Executive Director and Founder, says, “The festival is excited to announce the first set of prizes for this year’s festival. The Sony Vegas Pro software is a professional well-balanced set of software for an indie filmmaker. More prizes are coming and the festival will be announcing more prizes soon.”

The festival takes place in the Producers Club, located in the heart of Manhattan’s theater district. It makes a wonderful home for the international cinematic tradition of the festival, with its spacious theaters, intimate lounge, urban décor and artistic history.