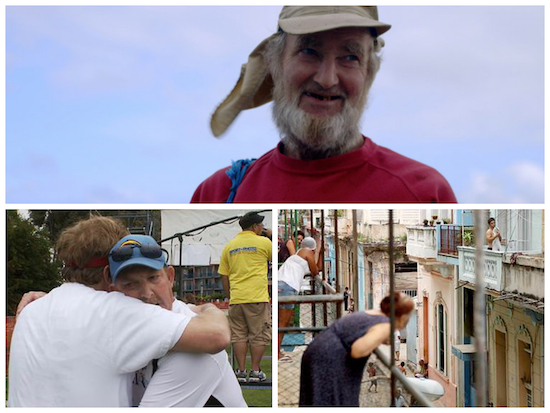 When it opens in Palm Springs, California, on March 27th, 2014, the American Documentary Film Festival and Film Fund will begin a five five day schedule of over 120 documentary films from around the world. That schedule includes a record number of theatrical premieres – fifteen World Premieres, twenty-five North American Premieres and twenty US premieres.

“We are fortunate to have secured a large number of documentaries that will be premiering at our festival this year,” says Ted Grouya, Festival Director and Founder. “We have always been proud of the fact that we were on the cutting edge of  screening new documentaries, but this year exceeds all expectations.”

The documentary genre of filmmaking, powered by a whole new generation of filmmakers, continues to grow in popularity. “These story-driven films are becoming the new keepers of culture,” Grouya said. “They have really redefined the tradition of storytelling, and, in many ways, documentary filmmakers have become the storytellers of the new millennium. Documentaries today are preserving culture, exposing corruption, and capturing events – but they are also capturing daily life – the stories of all our lives.”

“Take 57º NORTH, one of this year’s World Premiere documentaries from the United Kingdom,” Grouya continued. “It provides a poignant insight into the traditional lifestyle of John Jo MacDonald, a 67-year-old fisherman from The Outer Hebrides, whose entire way of life is under threat from environmental issues outside of his control. Another film, ALUMBRONES,  uses artists to tell the story of the impact Cubans felt when the Soviet Union collapsed, and Cuba lost 90 percent of its trade overnight. RACING HEARTS, a World Premiere short film from the United States, follows the inspiring journey of three heart transplant recipients as they attempt to finish the La Jolla Half Marathon, an arduous race with a daunting hill climb. These films are lasting records of what it was for these people to live their lives, and the things we can learn from them to help us see the bigger picture that exists beyond ourselves. The bonus is that we will be among the first audiences to see them.”

The American Documentary Film Festival opens on Thursday, March 27th and continues through Monday, March 31st. It is presented in conjunction with The Palm Springs Cultural Center.