FORGET ME NOT; An Intimate Chronicle of the Filmmaker’s Mother, and Her Battle With Alzheimer’s to Screen at 2014 American Documentary Film Festival 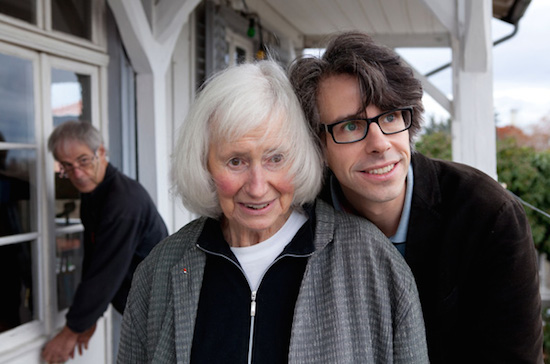 When David Sieveking left home to study filmmaking, he left behind parents who were active, intelligent and involved. Several years later, on a visit home for Christmas, he noticed that his once spirited mother, Gretal, had become somewhat hesitant, and overly forgetful. Shortly after that came the diagnosis of Alzheimer’s disease – a particularly aggressive case that, over the next four years left Gretal unable to remember many things, unable to care for herself, and unable to be left alone.

FORGET ME NOT is Sieveking’s chronicle of his mother’s decline, and the impact of that decline on his father and himself. Director Sieveking’s attempts to help his mother remember things brings his parents’ larger history into focus; their lives in the heady days of 60s radicalism – their open marriage, the activism in which they were both involved, and the resultant investigation of them by the Swiss Secret Service.

FORGET ME NOT is a beautiful, yet emotional film. It will make audiences cry, but not because of the tragedy of Gretal’s struggle with Alzheimer’s. Rather, because of its tribute to the great person that she was, and the pride with which her son, the filmmaker, views her. FORGET ME NOT is a tribute to Gretal, and to every child who believes his or her mother is the greatest person in the world. This film is part of the 2014 German Film Series.