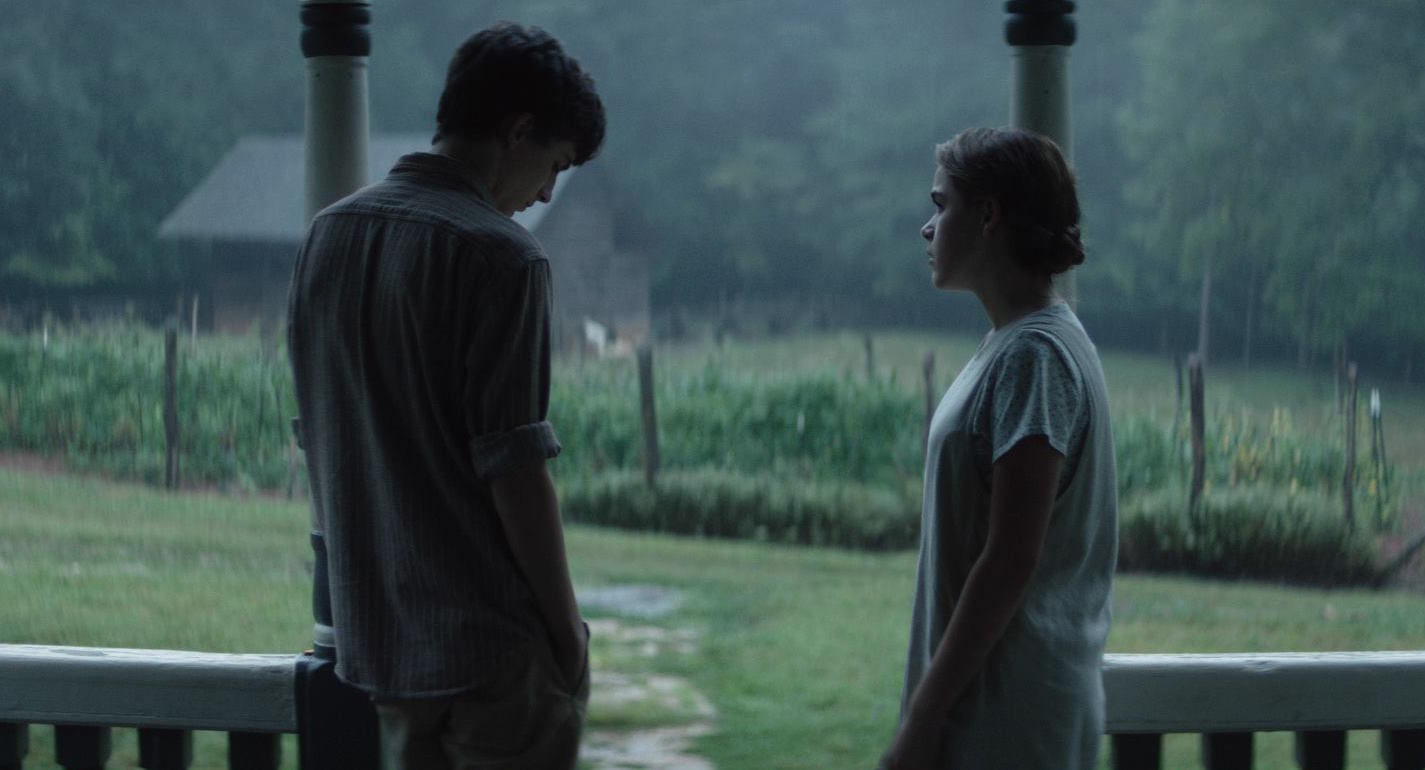 IFC Midnight has released the trailer for ONE & TWO, directed by Andrew Droz Palermo and Neima Shahdadi, and opening theatrically August 14th.

In the confines of their isolated world, Zac and Eva (Timothée Chalamet of “Homeland” and Kiernan Shipka of “Mad Men”) live under the constant watch of a father (Grant Bowler, “True Blood”) that rules with strict routine and discipline. They live for nightfall — for moments of escape — and rely on each other for moments of levity.

After a long dormant illness returns, their mother (Elizabeth Reaser, THE TWILIGHT SAGA), once a beacon of light and joy, struggles to unite the family in an increasingly somber home. As their father searches for a divine answer to the heartbreaking circumstances of his crumbling world, Zac and Eva steal moments to explore burgeoning otherworldly abilities and to dream of a life free of limitations.