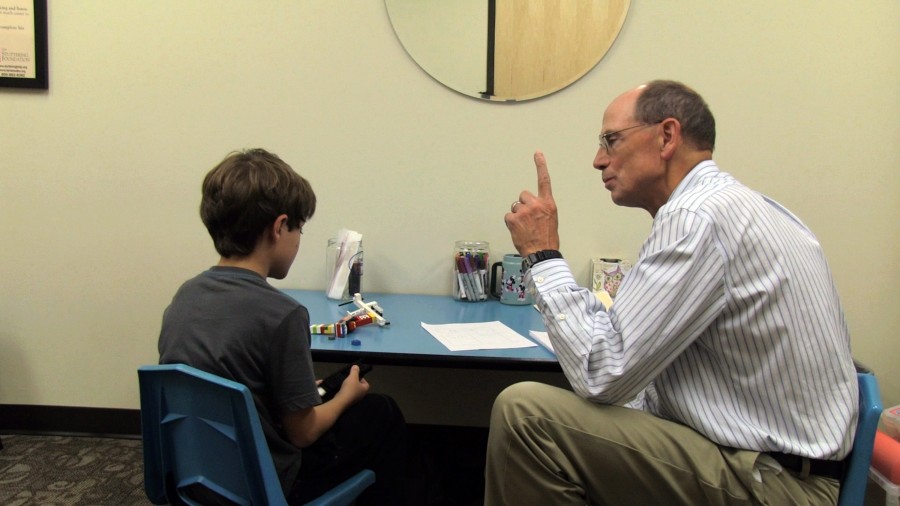 Festival film highlights include director Lewis Bennett’s THE SANDWICH NAZI, a feature-length expansion of his short film, which screened at the 39th Northwest Filmmakers’ Festival; Zach Weintraub’s SLACKJAW makes its Portland debut after premiering earlier this year at the Locarno Film Festival; WELCOME TO THE CIRCUS, Courtney Coulson’s involving portrait of a mobile, cross-cultural circus for children in Palestine; Michael Turner’s THE WAY WE TALK (pictured above) investigates one of medical science’s most baffling and enduring disabilities — stuttering — through the personal experience of its director; Ian Berry’s MAKE MINE COUNTRY uncovers the curious impact of classic country music on the Caribbean Island of St. Lucia; Sasha Snow’s HADWIN’S JUDGEMENT focuses on the non-fiction drama behind the removal of the largest, oldest, and most valuable trees from British Columbia’s forests; and Pam Minty gently unearths her mother’s memories of landmarks remembered from before the loss of her sight in DIRECT ROUTE.

In addition to features, the Festival offers three programs of short films. Shorts I: Fantasies and Diversions— a collection of films from makers based in Portland, OR, Seattle, WA, Tacoma, WA, and Vancouver, BC—will kick off the Festival on Opening Night at 7 p.m. with filmmakers in attendance. Shorts II: Tracing Space and Shorts III: Intimate Portraits are collections of films by makers throughout the NW region, ranging from the experimental to animation to narrative and non-fiction.

Beyond the numerous screenings on offer, the Northwest Filmmakers’ Festival also provides opportunities for aspiring and working filmmakers to interact directly with peers and industry professionals through events such as the Northwest Filmmakers’ Un-Conference, previously BarCamp, an opportunity for the regional filmmaking community to gather together and explore the issues and challenges facing today’s independent filmmaker. Filmmakers whose work did not make it into the Festival have been invited to submit their short film into the popular program, “What’s Wrong with this Picture?,” hosted by Seattle curator Warren Etheredge for a program illuminating the pitfalls of selling your film to a programmer in 2 minutes or less.

With the exception of one film, all Festival screenings will take place at the Northwest Film Center’s Whitsell Auditorium, located in the Portland Art Museum, 1219 SW Park Avenue. MAKE MINE COUNTRY will screen at the Skype Live Studio (1210 SW 6th Avenue).