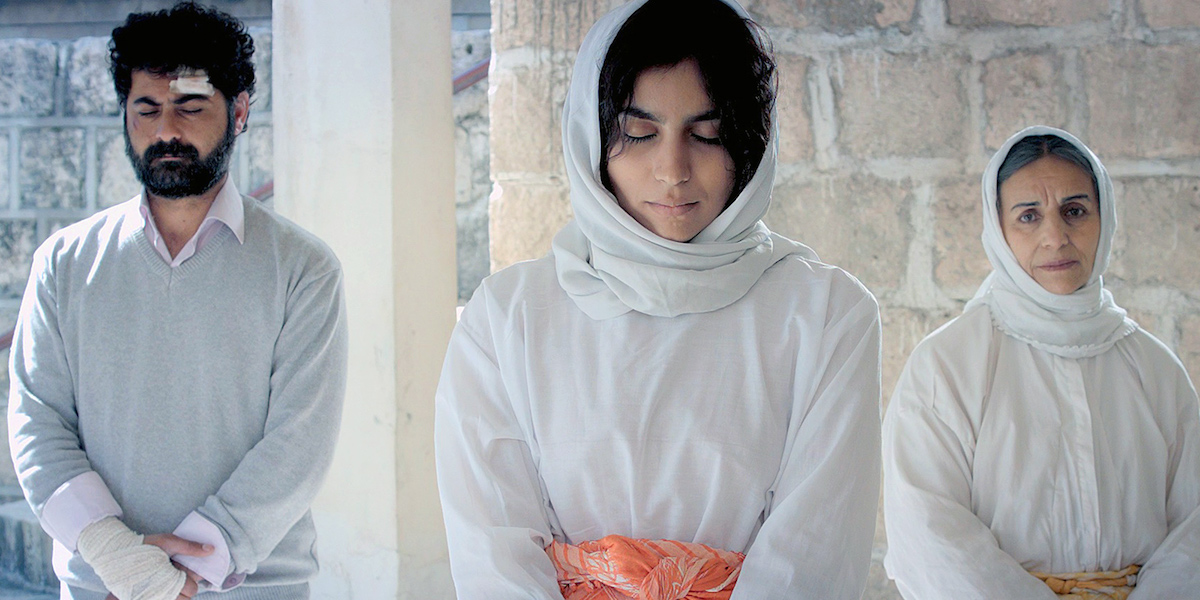 “Each year, Heartland Film Festival proudly showcases a healthy percentage of foreign language films which are much admired, roundly discussed and debated by our audiences,” said International Film Programmer Hannah Fisher. “We present this year – for the first time – a section of films submitted to the Academy of Motion Picture Arts and Sciences for consideration in the category known as ‘Best Foreign Language Film.‘

“We anticipate this program will grow and evolve in stature, in much the same way that that Heartland Film Festival continues to gain international recognition and prominence. Heartland is thrilled to be among the first North American film festivals to showcase these foreign language contenders,” concluded Fisher.

Set to award more than $100,000 in cash prizes across various categories, the 2017 Heartland Film Festival will bestow a $5,000 cash prize to one of these 10 films, as selected by the Festival’s foreign language contender jury.

“One Thousand Ropes” (2016)
Country: New Zealand, Director: Tusi Tamales, Distributor: Transmission Films
Synopsis: When a father reconnects with his estranged teenage daughter, he is given a rare chance to reshape the future of his family in unexpected ways.

“Ayla: The Daughter of War” (2017)
Country: Turkey, Director: Can Ulkay
Synopsis: The true story or a little orphaned girl and the soldier who fell in love with her.

“Saawan” (2017)
Country: Pakistan, Director: Farhan Alam, Distributor: Kalaker Films
Synopsis: A handicapped nine-year old boy who lives in a valley in the mountains of Balochistan is rejected by his father, intimidated by society, harassed by friends and left alone due to his disability. Strengthened by memories and dreams of the love of his mother, he begins a perilous journey back to his family in the main city.

“Newton” (2017)
Country: India, Director: Amit Masurkar
Synopsis: A government clerk on election duty in the conflict ridden jungle of Central India tries his best to conduct free and fair voting despite the apathy of security forces and the looming fear of guerrilla attacks by communist rebels.

“BPM (Beats Per Minute)” (2017)
Country: France, Director: Robin Campillo, Distributor: The Orchard
Synopsis: In Paris in the early 1990s, a passionate group of activists goes to battle for those stricken with HIV/AIDS, taking on sluggish government agencies and major pharmaceutical companies.

“Reşeba: The Dark Wind” (2016)
Country: Iraq, Director: Hussein Hassan
Synopsis: Radical Islamist militants attack a village in Iraq where two young Yazidi prepare for marriage. From that moment onwards their lives are turned into a nightmare.

“Pomegranate Orchard” (2017)
Country: Azerbaijan, Director: Ilgar Najaf, Distributor: Buta Film
Synopsis: Gabil returns home to the humble family farmstead, surrounded by an orchard of venerable pomegranate trees; since his sudden departure twelve years ago he was never once in contact. However, the deep emotional scars he left behind cannot be erased from one day to the next.

“Thelma” (2017)
Country: Norway, Director: Joachim Trier, Distributor: The Orchard
Synopsis: A timid young woman leaves her rural home to study in Oslo. She does not understand her unique ability to manipulate her environment.