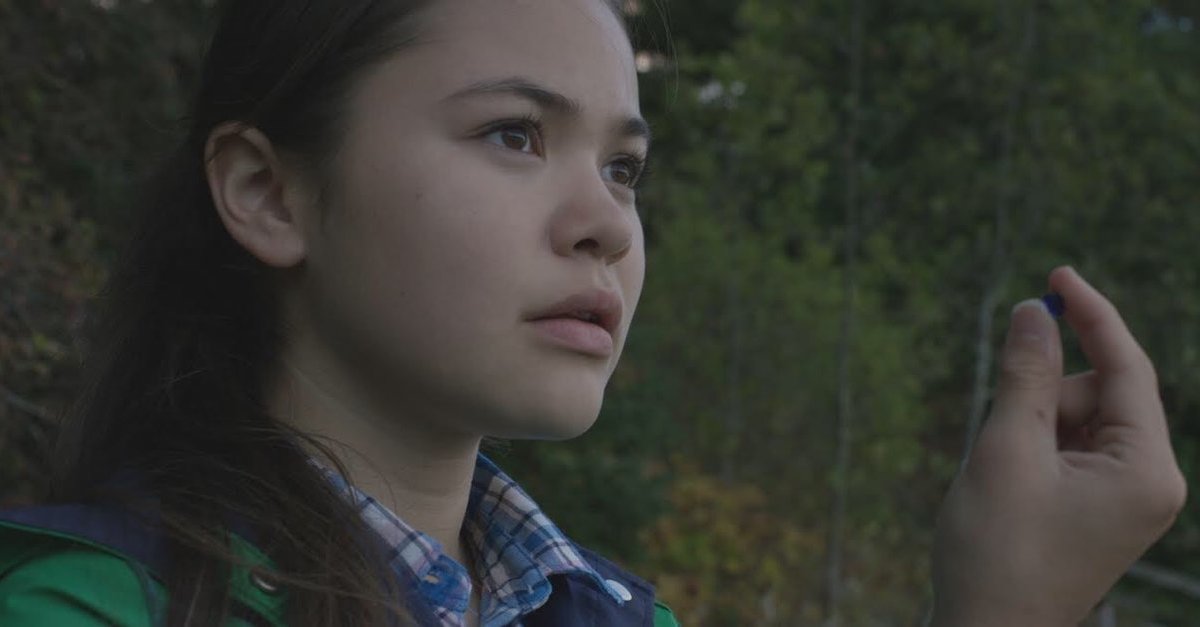 Kayak to Klemtu by Zoe Hopkins has been voted the winner of the Air Canada Audience Choice Award at the 2017 imagineNATIVE Film + Media Arts Festival.

Kayak to Klemtu, which had it’s world premiere at the festival, is the first feature film by Zoe Hopkins.

When Dave Ellis (Evan Adams), a prominent Kitasoo/Xai’Xais activist, passes away, his 14-year-old niece Ella (Ta’Kaiya Blaney) makes it her mission to take his ashes home to Klemtu and stand in his place at a community gathering against a proposed pipeline that would bring oil tankers through their beloved homeland waters. Strengthened by her determination and her youthful spirit, Ella embarks on the kayak journey she planned to take with her Uncle Dave through the Inside Passage along the beautiful shores of the Great Bear Rainforest. Along for the journey are her aunt, cousin, and her cranky uncle Don (Lorne Cardinal). It’s a race against the clock, as the four paddle to make the community gathering in time for Ella to give the speech of her life.

The central character in Kayak to Klemtu aims to stop tanker traffic along the coast of the Great Bear Rainforest, in order to prevent oil and fuel spills in her people’s territory. Days after principal photography wrapped, a tug boat ran aground near Director Zoe Hopkins’ home community of Bella Bella, BC where she was born, and where they shot several important scenes for the film. Over 100,000 liters of diesel and heavy fuels were spilled into their clam beds.