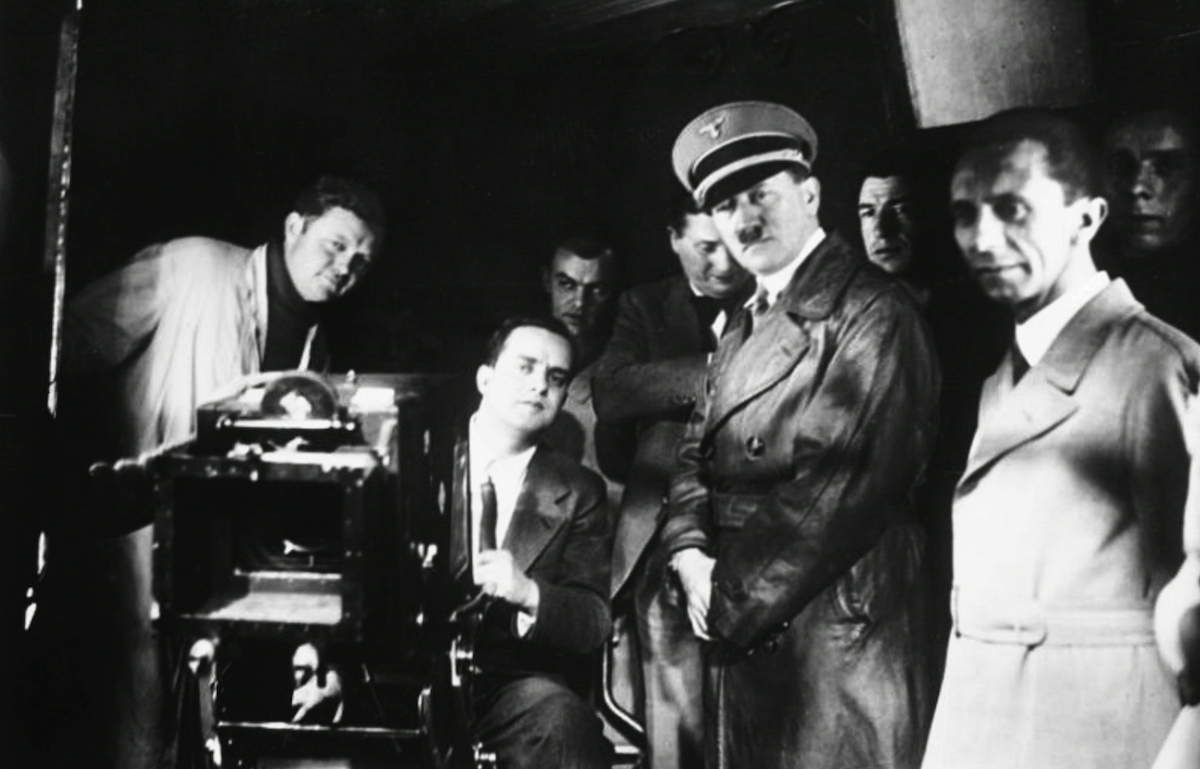 Hitler’s Hollywood is a new documentary directed by Rüdiger Suchsland and narrated by Udo Kier, that traces the rise and fall of Nazi Germany through its national cinema of 1933-1945, illustrated with clips from the many big spectacles, colorful fantasies and lavish costume films that Nazi Minister of Propaganda Joseph Goebbels conceived of to rival Hollywood.

An Official Selection of the Telluride Film Festival, this critically-acclaimed film opened at New York’s Film Forum earlier this year before moving on to engagements in national markets including Los Angeles, Chicago and Atlanta.

Kino Lorber will release Hitler’s Hollywood on DVD on July 10.

Hitler’s Hollywood, narrated by Udo Kier, asks what the Nazi cinema of the Third Reich reveals about its period and its people. About 1000 feature films were made in Germany in the years between 1933-1945: musicals, melodramas, romances, costume dramas and war films. Only a few were overtly Nazi propaganda films. But by the same token, even fewer of them can be considered harmless entertainment.

How did the open lies and hidden truths in these films affect the future of German cinema? Director Rüdiger Suchsland (From Caligari to Hitler) presents these films and the people behind them. It explains how propaganda works: how stereotypes of the “enemy” and values of love and hate managed to be planted into viewers’ heads through the screen.

Hitler’s Hollywood is Suchsland’s follow-up to his 2014 film From Caligari to Hitler, a documentary adaptation of Siegfried Kracauer’s ground-breaking 1947 psychological study of silent German cinema that argues the rise of Nazism was anticipated in many of the films from that period.

Kino Lorber also recently released Forbidden Films: The Hidden Legacy of Nazi Film on DVD. This documentary by Felix Moeller examines those films made in Nazi Germany that were conceived and presented explicitly as propaganda, and explores questions of whether they should be shown for the purposes of study, or locked away for their dangerous (and powerful) ideological messages.

Together, these three documentaries present a comprehensive view of the cinema in Germany just before and during the Third Reich, posing challenging questions about cinema as an indicator of larger historical currents, the power of film as propaganda, and how even seemingly harmless entertainment films can be used to convey dangerous ideology.