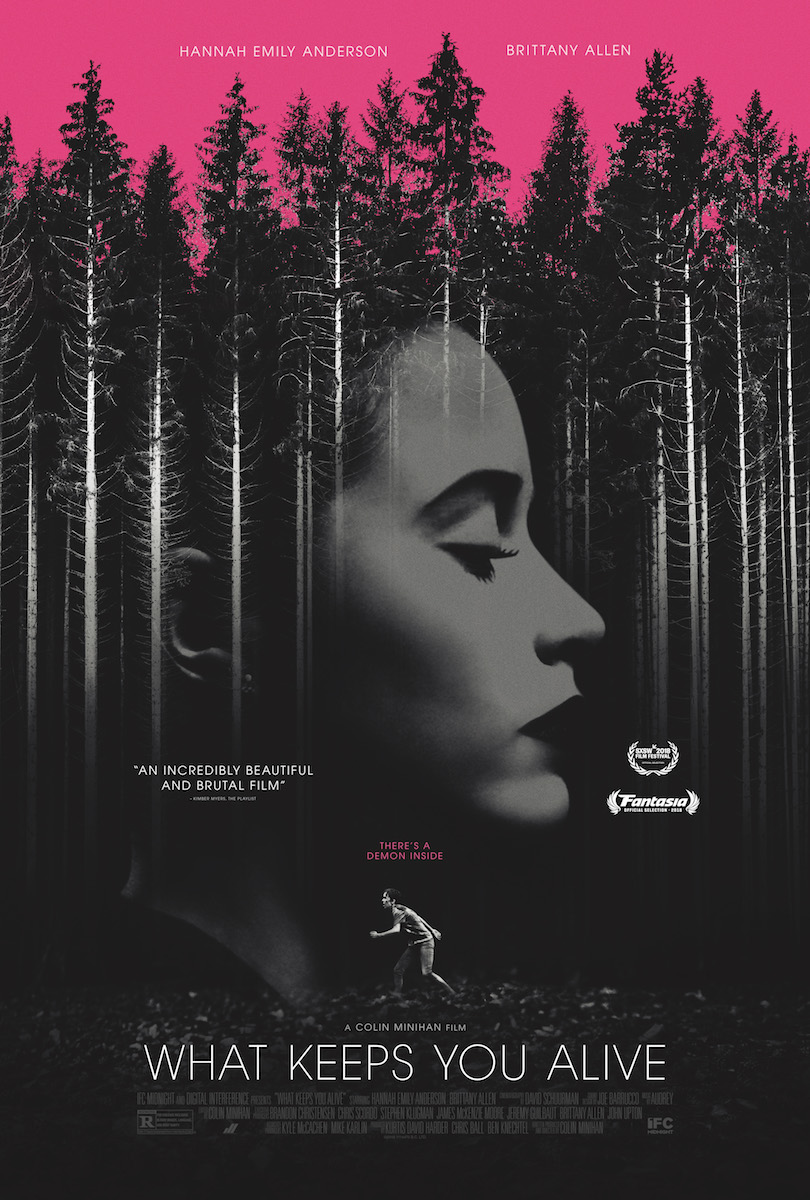 How much can you really know about another person? The unsettling truth that even those closest to us can harbor hidden dimensions drives this thrillingly unpredictable, blood-stained fear trip. Jackie (Hannah Emily Anderson) and Jules (Brittany Allen) are a couple celebrating their one year anniversary at a secluded cabin in the woods belonging to Jackie’s family. From the moment they arrive, something changes in Jules’ normally loving wife, as Jackie (if that even is her real name) begins to reveal a previously unknown dark side—all building up to a shocking revelation that will pit Jules against the woman she loves most in a terrifying fight to survive. Defying expectations at every turn, Director Colin Minihan delivers a nerve-twisting cat and mouse thriller built around a shattering tale of heartbreak and betrayal.

What Keeps You Alive (Redband Trailer)

What Keeps You Alive