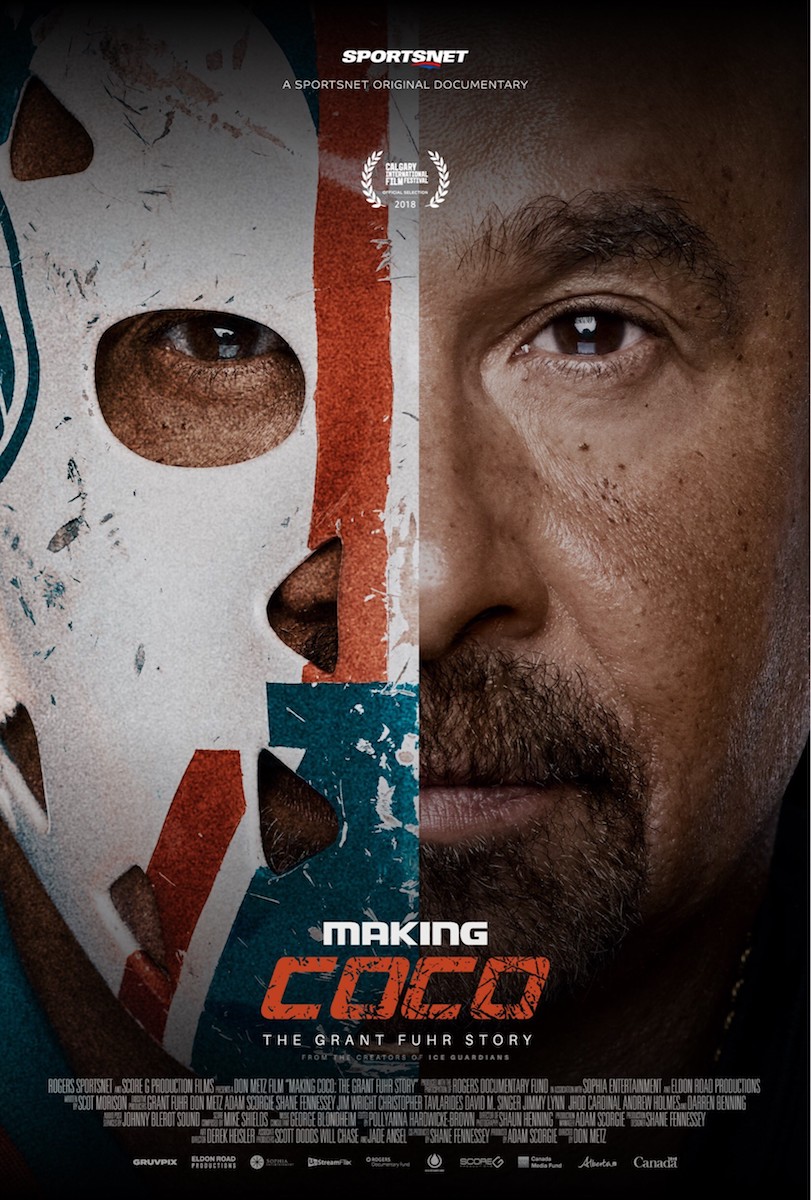 The new trailer is here for Making Coco : The Grant Fuhr Story, Don Metz’s captivating cinematic chronicle on one of the most celebrated, yet enigmatic goalies in the history of the NHL.  The feature has been announced as the closing Gala film at the Calgary International Film Festival.

Featured contributors in the documentary include Wayne Gretzky, Mark Messier, Martin Brodeur, Brett Hull, Chris Pronger and many more of the NHL’s royalty.

Fuhr, along with a number of his teammates, will provide a never-before-seen exclusive look into the high-flying Oilers dynasty of the 80’s, what made them so successful, and the infamous challenges that they faced. All-time rivals will speak to what it was like playing against the greatest goalie on the greatest team in the NHL’s 100-year history. Those closest to Grant will take the audience on a journey behind the mask to understand who the mixed-race superstar truly is.

Barely 19, Grant ‘Coco’ Fuhr became starting goalie for the most exciting team in NHL history. In his mid-30’s, he played 76 consecutive and 79 total games in an 82-game season to set two league records, then followed that ironman performance by playing 73 the following season on a completely rebuilt knee. During the decade and a half between, he employed his acrobatic style and cat-like reflexes to backstop five Stanley Cup champions and two Canada Cup winners, cementing a reputation as the ultimate “money goalie”. He also got himself demoted to the minors for calling the hometown fans jerks, announced his retirement at the age of 26 in an attempt to force a famously hard-nosed general manager to renegotiate a long-term contract, and was suspended for an entire NHL season for conduct deemed “dishonourable and against the welfare of the league” for substance use, only to return and redeem himself as one of the game’s true greats.

“I think he’s the best goaltender in the history of the NHL.” – Wayne Gretzky