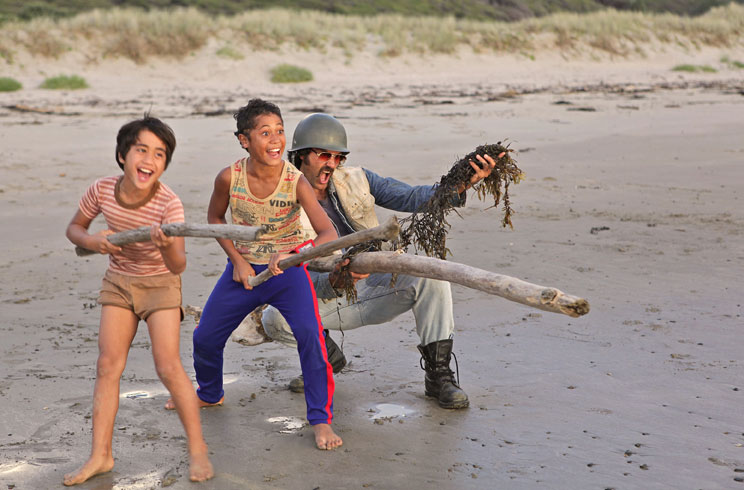 Written, directed and starring Taika Waititi (Maori Te Whanau-a-Apanui), BOY is a hilarious and heartfelt coming-of-age story that kicks back to 1984 on the rural east coast of New Zealand, a time when “Thriller” is changing kids’ lives. Inspired by Waititi’s Oscar-nominated Two Cars, One Night, BOY is about heroes, magic, and Michael Jackson.

“BOY is a landmark work from an incredibly talented filmmaker,” says imagineNATIVE’s Executive Director Jason Ryle. “Since his first screening at imagineNATIVE, Taika’s career has grown and flourished. His work continues to impress audiences around the world and we’re very excited to have the Canadian premiere of his new feature at the festival. It’s a moving, funny film that Toronto audiences are sure to embrace.”

Eleven-year-old Boy lives with his brother Rocky, a ragtag group of cousins, and his Nan.  Boy’s other hero – and the object of his adventurous fantasies – is his father Alamein. He imagines him as a deep sea diver, war hero, and a close relation of Michael Jackson (in reality he’s “in the can for robbery.”).  When Alamein returns home after seven years away, Boy is forced to confront the man he thought he remembered, find his own potential and learn to get along in a world without heroes.

BOY has made $8.4 million at the New Zealand box office since its release in March, making it that country’s third highest-grossing film ever behind Once Were Warriors and Goodbye Pork Pie.

The imagineNATIVE Film + Media Arts Festival, the largest Indigenous festival of its kind in the world, will celebrate its 11th year running October 20 – 24, 2010 at the Al Green Theatre and various other venues in downtown Toronto. imagineNATIVE celebrates new works by Indigenous people on the forefront of innovation in film, video, radio and new media.

The Festival officially kicks off at 1:00pm on October 20 with a Welcome Reception at the Native Canadian Centre of Toronto. Open to the public, the reception features performances, welcome addresses and traditional North American Indigenous food in a casual, fun atmosphere.