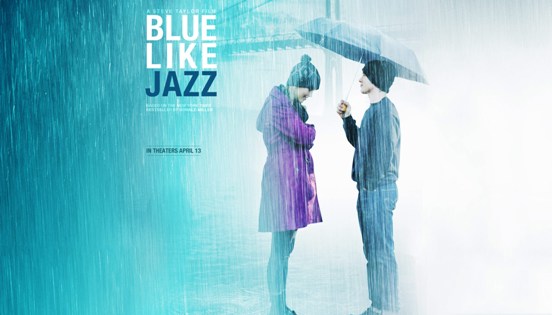 BLUE LIKE JAZZ, directed and co-written by Steve Taylor (THE SECOND CHANCE)  will have its World Premiere in the Narrative Spotlight section at the 2012 South-by-Southwest Film Festival before opening in theatres on April 13th.

Blue Like Jazz by Donald Miller spent 43 weeks on the New York Times Best Seller list and has sold over 1.5 million copies to date.  The semi-autobiographical story was adapted for the screen by Miller, Steve Taylor and Ben Pearson.

In the early days of pre-production, the project was forced to be put on hold due to lack of funding, prompting a website to be created by fans, for fans, called “Save Blue Like Jazz”.  The site urged loyalists to help raise money to fund the movie through Kickstarter, an online matchmaker for filmmakers and financial backers. The campaign went on to raise a record-setting $345,000, more than doubling the original goal of $125,000, allowing the film to start production.

In Blue Like Jazz, Don (Allman), a pious nineteen-year-old sophomore at a Texas junior college, impulsively decides to escape his religious upbringing for life in the Pacific Northwest at one of the most progressive campuses in America, Reed College in Portland.  Upon arrival, Reed’s surroundings and eccentric student body proves to be far different than he could possibly imagine from the environment from which he came, forcing him to embark on a journey of self-discovery to understand who he is and what he truly believes.

AI WEIWEI: NEVER SORRY from 2012 Sundance Film Festival to be released in the Summer