Eight films have been added to the competition for the Golden Shell at the upcoming 2015 San Sebastian Festival, running from September 18 to 26. Films include French directors Jean-Marie and Arnaud Larrieu’s new film 21 NUITS AVEC PATTIE / 21 NIGHTS WITH PATTIE, which tells the story of Caroline, a woman who cuts her vacation short to organize the funeral of her mother, Isabelle, who has died suddenly at her house in the Pyrenees.

21 NUITS AVEC PATTIE / 21 NIGHTS WITH PATTIE
JEAN-MARIE LARRIEU, ARNAUD LARRIEU (FRANCE) (pictured above)
French directors Jean-Marie and Arnaud Larrieu’s new film tells the story of Caroline, a woman who cuts her vacation short to organise the funeral of her mother, Isabelle, who has died suddenly at her house in the Pyrenees. She befriends Pattie who looks after her mother’s house. But her funeral preparations take an unexpected twist when her mother’s body mysteriously disappears.

BAKEMONO NO KO / THE BOY AND THE BEAST
MAMORU HOSODA (JAPAN)
The latest film from the master of anime, Mamoru Hosoda is the first animatied film to compete at the San Sebastian Film Festival Official Selection. Kyuta is a solitary boy who lives in Tokyo, and Kumatetsu is a supernatural creature isolated in an imaginary world. One day the boy crosses the border into the imaginary world and makes friends with Kumatetsu, who becomes his friend and spiritual guide. The encounter opens the way to all sorts of adventures.

While a series of kidnappings of young boys is raging in Montreal, Felix, 10, finished school in Old Longueuil, an ordinary suburb of peaceful appearance. Imaginative and sensitive, Felix, like many children, is afraid of everything. Little by little, the childhood imaginary demons mix with demons of a disturbing reality.

EVOLUTION
LUCILE HADZIHALILOVIC (FRANCE – BELGIUM – SPAIN)
After winning the New Directors award in 2004 with Innocence, Lucile Hadzihalilovic returns to the San Sebastian Festival with her new film. On a remote island inhabited solely by women and young boys, Nicolas and the other boys are subjected to mysterious and sinister medical treatments.

HIGH-RISE
BEN WHEATLEY (UK)
British director Ben Wheatley presents his last work, based on J.G. Ballard’s novel of the same name. Dr. Robert Laing moves into his new apartment seeking soulless anonymity, only to find that the building’s residents have no intention of leaving him alone. As he struggles to establish his position, Laing’s good manners and sanity disintegrate along with the building.

MOIRA
LEVAN TUTBERIDZE (GEORGIA)
This is a dramatic story of the family living in the seaside city. After Mamuka is released from prison, he tries to rescue his family from poverty. His mother is working abroad, his father is wheelchair-ridden, and his unemployed younger brother appears to be attracted by criminals. Mamuka takes a loan and buys a small fishing boat. But fate is often blind and merciless

SPARROWS
RÚNAR RÚNARSSON (ICELAND – DENMARK – CROATIA)
A coming-of-age story about the 16-year old boy Ari, who has been living with his mother in Reykjavik and is suddenly sent back to the remote Westfjords to live with his father Gunnar. There, he has to navigate a difficult relationship with his father, and he finds his childhood friends changed. In these hopeless and declining surroundings, Ari has to step up and find his way. 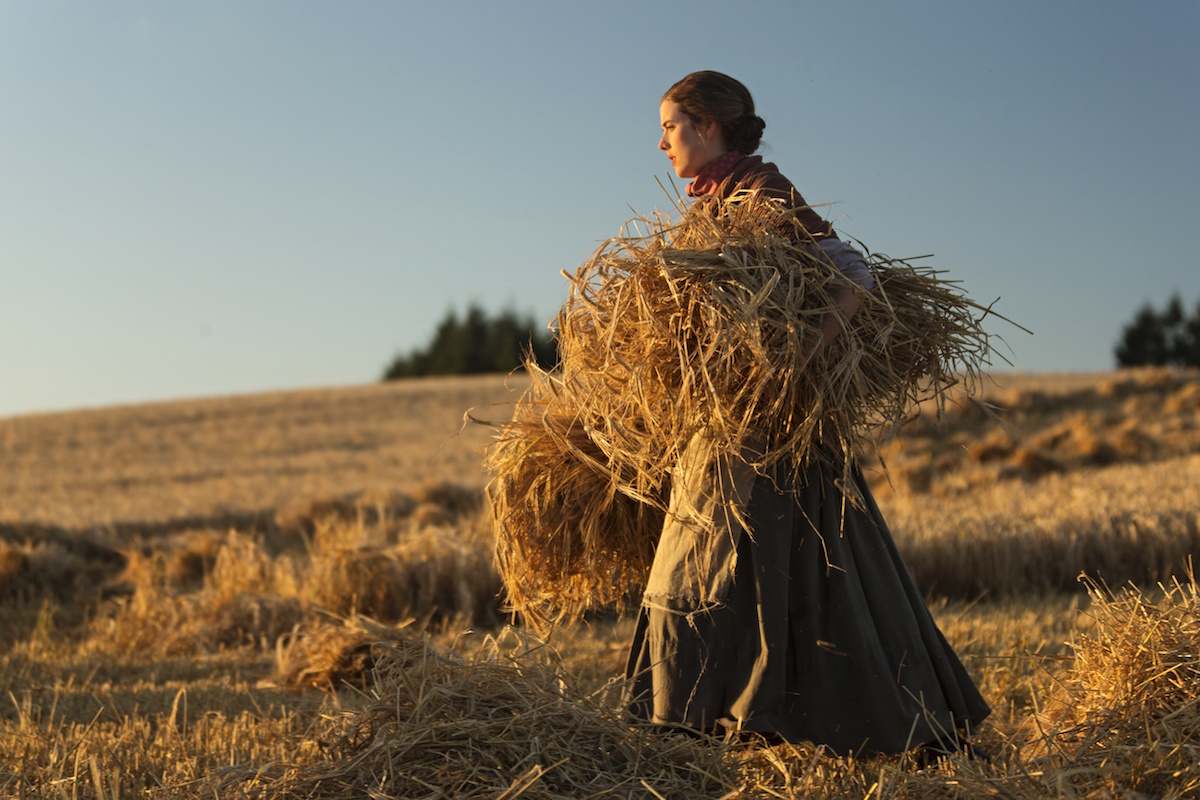 An intimate epic of hope, tragedy and love at the dawning of the Great War, adapted from the Scottish novel by Lewis Grassic Gibbon and directed by Terence Davies.

These titles join the Official Selection to the Spanish productions already announced: