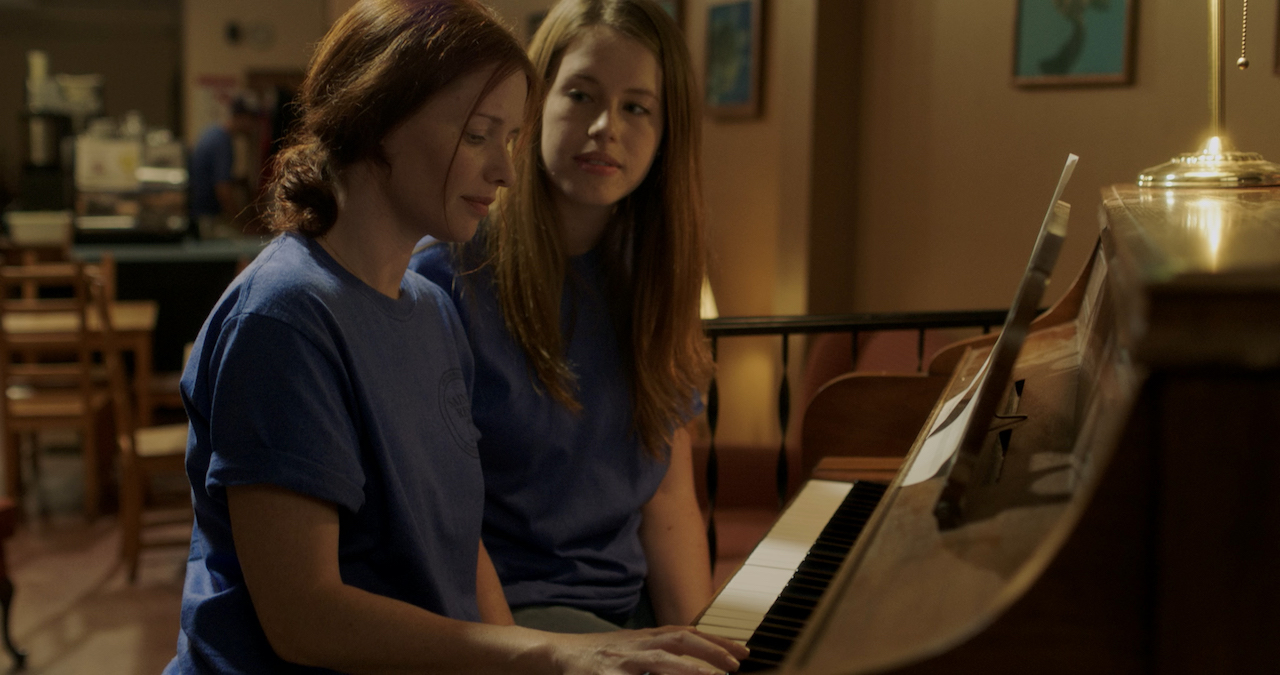 The Midwest Premiere of Saints Rest, from director Noga Ashkenazi (The Grey Area: Feminism Behind Bars) will kick off summer at First Tuesdays at the Midwest Independent Film Festival.

An intimate family drama shot on location in Grinnel, Iowa, Saints Rest tells the story of two estranged sisters, who over the course of one summer, form a connection through their shared love of music as they grieve the recent death of their mother. Interweaving striking original music with an authentic and affectionate portrayal of a rural Midwest town, the film sweetly captures the tension between individual dreams and family obligations. Alternately funny and emotionally raw, Saints Rest serves as “musical comfort-food” for those who miss home, their childhood and their families, regardless of how imperfect it all may seem from a distance.

Co-written by Noga Ashkenazi and Chicagoan Tyson Stock, the film was co-executive produced by Rebecca Green (one of Variety’s 10 Producers to Watch and producer for two of the top-grossing and critically acclaimed independent films of 2015, It Follows (Cannes 2014) and I’ll See You in My Dreams (Sundance 2015). The director will be attending the screening along with select cast and crew.